How PFI New-Builds Drain the Funds From Our School System 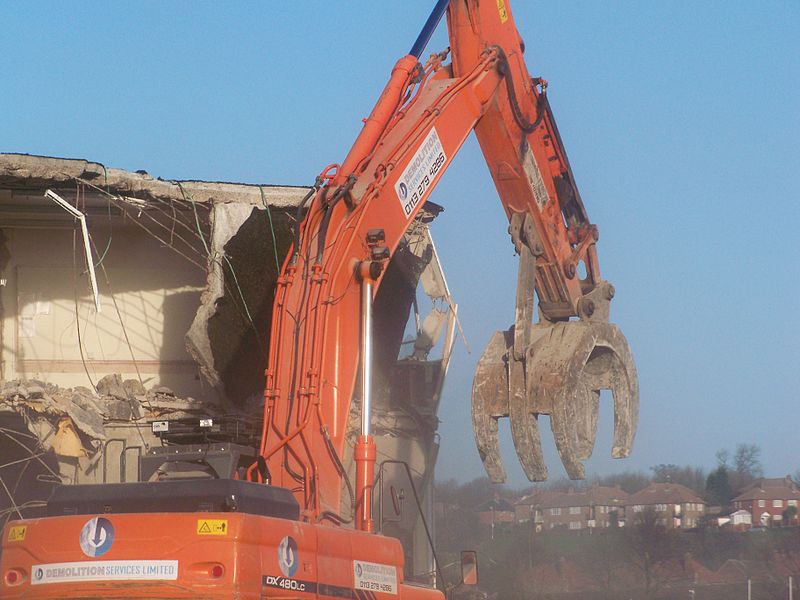 When the late unlamented Education Leeds began its cruel and pointless destruction of Leeds schools, I thought, Blimey, have they got shares in construction companies? But I dismissed the thought because, in my naivety, I didn’t think that the powers-that-be would work like that.

Then after the devastation that was the closure of my beloved Foxwood, which seemed to involve a lot of money spent on consultants, the refurbishing of Cross Green to turn it into Copperfields, and a long-winded re-organisation and rehiring of staff, plus the design of and the making of and the purchase of new uniforms, new signage, new this and that with the new logos. . . . .

. . . . Well after that [that colossal and pointless waste of money in order to save money] I developed an interest in these matters. Over the following years, I went to just about all the “consultation” meetings in Leeds for closure and mergers. And heyho! How they seemed to involve demolition and rebuilds.

And worse, by now they had invented PFI, so the new builds came with very long and very expensive strings attached: Company A would design (well!) and build the new school. But having kindly put the money up for the building, the company now charges school rent for the next 25 or 30 years after which they may or may not still own it. After that the school may or may not belong to itself. And, and I’m only guessing here, the roof will probably still leak.

And so PFI, also draining the NHS of all it can get, sets about plundering education. Leeds schools are paying rent to shareholders in far-flung countries while having to make TAs and teachers in the UK redundant. Aided and abetted by Ofsted – but that is for another blog and another day.

Now this “rent ” was not money that the school was used to paying, and it was not already catered for in the budget. The hook was that a “decaying” old building would be replaced at no initial expense to the school with a brand new one. The fact is that the old buildings were not so unfit for purpose . . .

To make matters even more sinister, the ancillary staff who managed the building such as caretakers and cleaners would no longer be employed by the head and the governors but by the construction firm. The incomes from letting out any rooms for music centres or sports clubs now went directly to construction firms and its shareholders; the inconvenience all rests on the school. If a music teacher wants to run an after-school practice in her or his music room, s/he must book it. What!

Well, we in Leeds have seen enough of these new builds to know that “building schools for the future” was no more than a nice little epithet. I have never forgotten the day that I was at a governors’ meeting with members of Education Leeds. They were joking about how many cranes you have at any one time on the Leeds skyline. A shiver ran down my spine! They were proud. They thought their power amusing.

I was at the seasonal occasion a few years back when Chris Edwards of Education Leeds told us that this would be his last Christmas at Leeds, and added he hoped we would get all we wanted for Christmas. I openly opined that he had already just done that. But it was too late for Royal Park, Leopold, Askett Hill, Agnes Stewart, Braimwood, Parklands, and the other thirty plus Leeds schools that his improbable regime had put an end to.

Now it seems the population is growing after all and we need some new builds. I wonder how they will be funded!