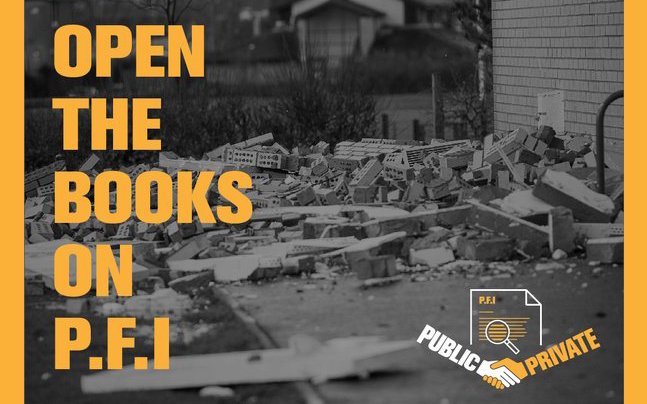 The last few weeks have seen the issue of PFI catapulted to the top of the news agenda in Scotland, after 17 PFI schools in Edinburgh were closed indefinitely after the Easter holidays as a result of safety concerns uncovered by the collapse of a wall at Oxgangs primary school in January.

Yet after two weeks of media scrutiny, it’s amazing how much about this scandal we still don’t know – about how the construction company was able to certify its own building works as safe, about who advised public authorities to take on these contracts, and about why previous safety concerns at a Glasgow primary school constructed by the same company did not lead to wider checks.

That’s why we’ve launched a petition, along with Common Weal, calling on Scottish public authorities to open the books on PFI/PPPs across Scotland.